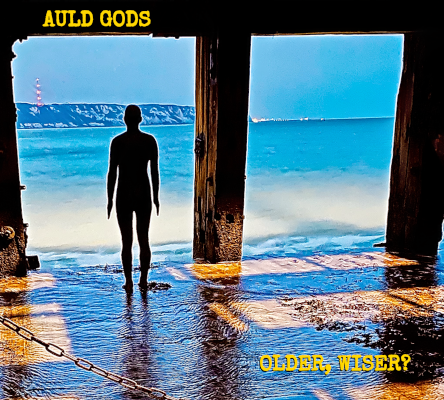 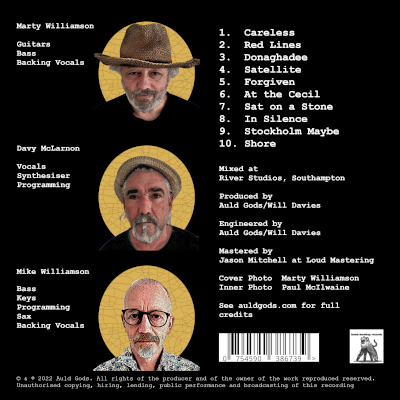 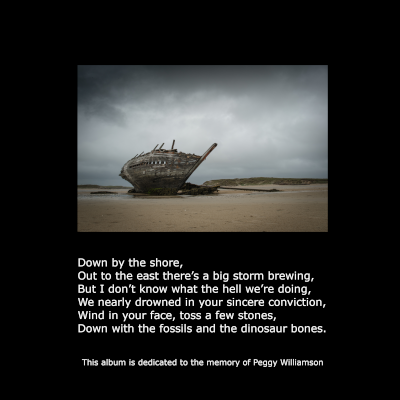 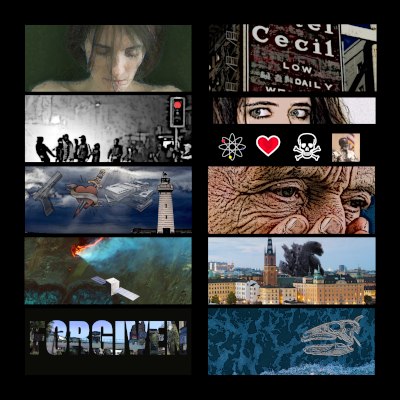 The CD is available by mail order on Bandcamp


Its also available from the following high quality music stores

Its on nearly everything so have a search if you're going obscure.

Below is a small selection the songs we're working on. If you want to hear more go to our YouTube channel in the Contact section below.

Synth driven rant against political intransigence in Northern Ireland with lashings of guitar.

Sat on a Stone

It's a short burst of diamond edged rock and roll, channeling Iggy and the Stooges, Adrian Belew and others.

A low key atmospheric song about love and betrayal on the North Down coast. Ulster Noir?

Surveillance and the space age. Guitars rattling round the cosmos.

Auld Gods are a pandemic band, not having been in the same room since they started working together in March 2020 until mixing the first album 'Older, Wiser?' in October 2021. After commenting on a short instrumental track on YouTube, Davy McLarnon joined the Williamson brothers in the project which was to produce music that allowed a bit of experimentation, didn’t disappear up its own arse, provided a bit of emotional investment and you could tap your foot to. Did they succeed? Have a listen and judge for yourself.

Davy was a founder member of Shock Treatment, a seminal Belfast punk rock band signed to Terri Hooley's Good Vibrations record label in 1979. Following the release of two singles , Belfast Telegraph and Big Check Shirts Shock Treatment went to sleep for some years re-surfacing again in 2012 and continue to perform and record to this day. Following the short lived Five Boys Davy joined Belfast rock band Peacefrog in 1990. Here he would enjoy much local success with hit singles, an album and several high profile support slots and festival appearances. McLarnon continues to perform in several acts and is particularly excited about his involvement in the Auld Gods

Kicked off in Belfast in the 70s with Lovers of Today moving on to playing guitar for Silent Running before heading to London where he joined seminal Electropop band Pleasure and the Beast. Gaining a reputation in London he worked with a wide variety of artists including Sinead O'Connor, Russell Webb of the Skids and many others. Eventually he joined the Psychedelic Furs for their Midnight to Midnight album recording in Berlin and then touring globally.

Bass playing introvert started playing with his brother Marty in Lovers of Today. He left Belfast for Manchester where he played for wonderful but obscure indie and soul bands before moving to London where he attached himself to Belfast cult band Pig. Fell out of love with music after a punishing couple of years on the Agricultural College circuit with The Brilliant Pebbles but has now almost recovered. Does lots of things but none really well.

Commune with the Auld Gods